A World of Luxury Yacht Charters

A wide Range of Yachts

Motor yachts, sailing yachts including performance monohulls and steady catamarans - each with a crew devoted to pleasing you.

Charter Destinations Around the World

All of the popular destinations in the Mediterranean and the Caribbean as well as further afield to the South Pacific and Asia.

END_OF_DOCUMENT_TOKEN_TO_BE_REPLACED 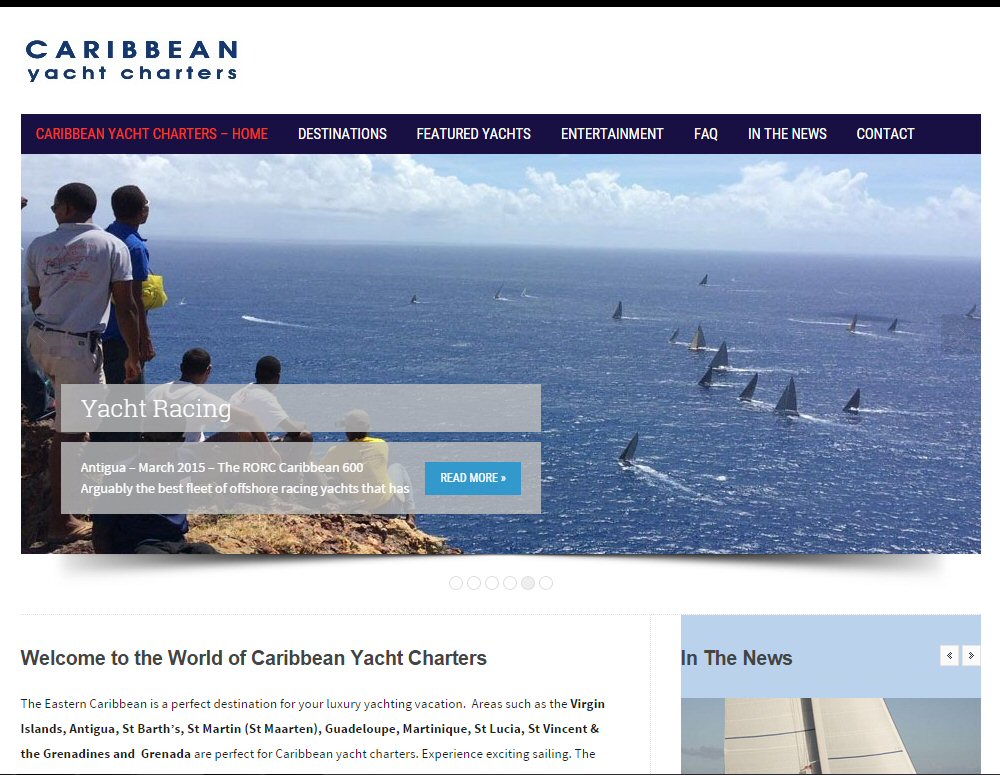 Here we focus on fully crewed luxury yacht charters in the Caribbean. We feature many excellent yachts – monohulls, catamarans and motor yachts from around 50ft upwards. Destinations include the Virgin islands, Grenadines, Antigua, St Maarten, St Lucia, Martinique and Guadeloupe with suggested itineraries.

END_OF_DOCUMENT_TOKEN_TO_BE_REPLACED 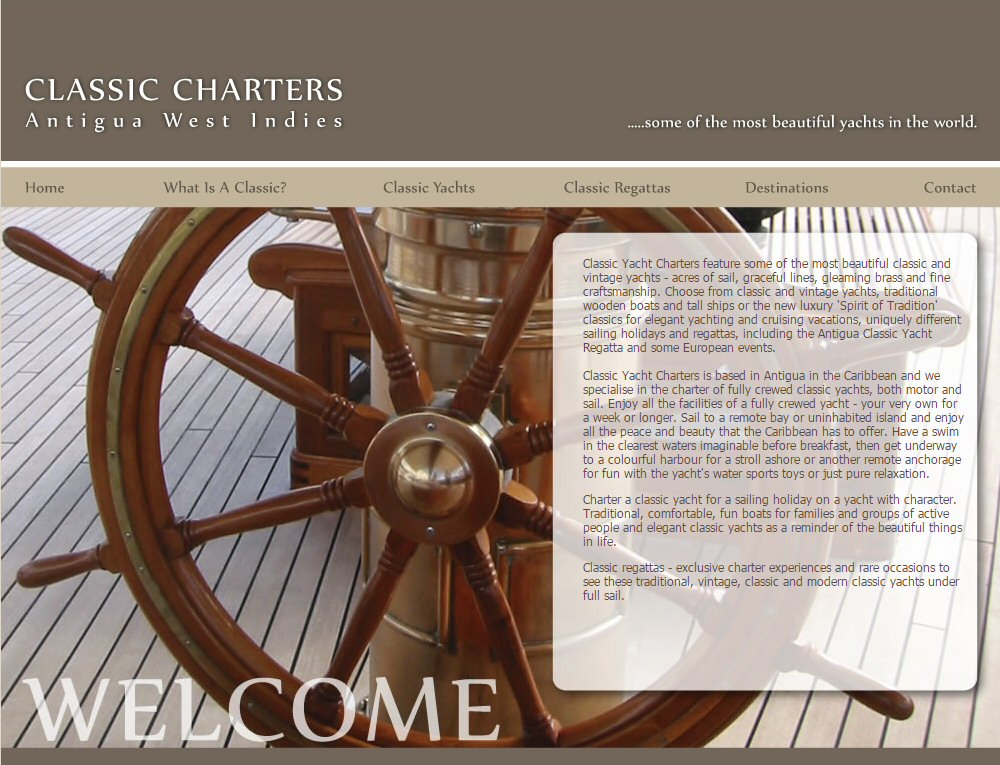 Vintage, classic and modern spirit of tradition yachts – acres of sail, graceful lines, gleaming brass, immaculate varnish work, yet all offering modern standards of luxury, facilities and safety. Some are also available for racing in some of the world’s most glamorous classic yacht regattas in the Caribbean and Mediterranean.

END_OF_DOCUMENT_TOKEN_TO_BE_REPLACED

Greece and Turkey offer beautiful yacht charter destinations. Many stunning islands, dramatic coastlines and a fascinating history which has influenced much of our modern world. For East Med yacht charters combine all that with dry summer weather; cloudless skies; sea, the deepest shade of blue; natural and warm hospitality and an impressive fleet of fully crewed charter yachts.

The summer season in the East Med yacht charters extends into early October, so there is still time to book a late yacht charter vacation this year.

Turkey – Where Europe meets Asia, Turkey has a wealth of history and intrigue and a luxury superyacht charter is a perfect way to explore the country’s amazing East Mediterranean coastline.

Along the south-western tip of Turkey’s coastline are spectacular pine-clad hillsides, sheltered bays and turquoise water, there are many pretty anchorages, beautiful clear water for swimming and watersports, fishing villages, ancient ruins and archeological sites including Lycian and Greek cities, sunken Roman harbours and crusader castles to explore. In fact there are ruins of ancient cities all along the coast with more being uncovered each year. You won’t find many sandy beaches along the western end of this stretch of coast. But it is beautiful and the water is crystal clear. Everyday a new cove, a new bay or island to be enjoyed.

The area is well served by international airports and an ideal cruise would be downwind from Bodrum to Gocek for which you ideally need 10-14 days. This would give you time to visit the Datca and Bozburun peninsulars. If you have time, further east are Kas, Kalkan and Antalya. This route is a fabulous mix of wide-open spaces, historical sites, towns and fishing villages. A seven-day charter will more likely be based on the main centres taking you from Marmaris to Gocek in the Bay of Fethiye or Gocek to Kas. Or vice versa.

The Turkish “Gulet” is a traditionally designed Turkish motor-sailor. They have the heritage of the ancient boats that sailed across the Aegean and Mediterranean seas for thousands of years. Most modern Gulets provide a sophisticated level of holiday luxury with very comfortable interiors, private air-conditioned cabins and professional charter crews. Several of the luxury charter yachts which we see in the Caribbean and west Med will also operate along this coastline in summer months.

Greece – very much in the news currently. But whatever happens this is a highly popular destination for East Med yacht charters.

Greece is strategically located at the crossroads of Europe, Western Asia and Africa. Modern Greece traces its roots to the civilization of Ancient Greece and considered to be the cradle of Western civilisation. Greece is the birthplace of democracy, western philosophy, western literature, political science, major scientific and mathematical principles, western drama – including both tragedy and comedy and of course, the Olympic Games. The cultural and technological achievements of Greece greatly influenced the world, with many aspects of Greek civilization being imparted to the East through Alexander the Great’s campaigns, and to the West through its incorporation into the Roman Empire. From this rich legacy no fewer than 18 UNESCO World Heritage sites are located in the country. Not only is Greece fascinating to visit it is also beautiful, and with it’s many island chains and long coastline it is a dream charter area.

East Med yacht charters are best from Mid May to the end of October. Peak months are July and August but May/June and September/October still have great sailing conditions and lovely weather but at low-season rates.

Antigua Yacht Charters Limited is an independent international yacht charter broker based in Antigua in the West Indies. We are a well-established company with a reputation for giving unbiased recommendations and a willingness to help. We provide a high level of personal service and have years of experience to offer.

As well as covering luxury yacht charters in the Caribbean we also know the yachts chartering around the world including the Mediterranean, Bahamas and the Pacific. We feature many types of yachts from around 50ft up to the superyachts - motor yachts, performance sailing yachts and catamarans. Please explore our sites where you will find information of the different cruising areas and tips on chartering as well as dozens of yacht listings.

We look forward to helping you find the best charter yacht for you and your family or friends.